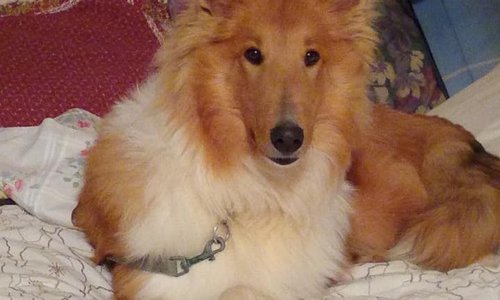 1-19-22: Laddie Boy was a small pup with small feet. His growth was not FAST but rather slow. I did not know if he would be able to breed my dogs for the longest of time. Today he is as large as Ellsie (LC) and can breed with most all of my females, even the mastiff outcross's.

Temperament: is SOFT at this point in his life. Eager to please with a memory like an elephant. Is reluctant to go down the hall after slipping on a floor without a rug on it. (slowed him down some didnt it, lol) Now i have to put him on a leash to take him down the hall. Once the leash is clicked on (he hears the sound) then he is glued to my side. He is an easy going dog. Watches and is NOT hyper at all. He walks instead of running. He does pick up bad habits easily from the other dogs so i do not allow him in with them. He does need gentle reminders of the rules only because he doesnt know them to be 'rules'. I have never trained him. He was extreamily easy to train. He figures things out in his own head. I do love this dog and will be sad to say goodbye to him, so i will be keeping most all the females and one male from his litters. Far superior to the shiba Inu.

Tail: curls at the tip when down and curls up high when excited. White at tip. The tail is fluffy in abundance at one year old.

Coat: 90% undercoat in winter. The coat as a pup was not fluffy, i was very surprised about this. It took a very long time for his coat to look like a Collies coat. The hair on feet, legs, face is all short with a bit of feathering and no undercoat. The longest guard hairs on on shoulder.

Eyes: Brown and almond shaped. Must never be rounded

Muzzle: Long with out a stop. Not really too pointed. girthy enough.

Head/Skull: elongated but not real skinny. Head and muzzle make a triangle.

Feet: small for his size. Not splayed but nicely tight with high toes.

Bone mass: Actually heavier than i figured it would be.

Girth: Shoulder girth but the legs are close together in both chest and rear making the dog fall over when pushed.

Rump: Too thin in my opinion but the coat makes it appear round and girthy.

July 2022: Tried breeding with Elsie and Needle. He is still not old enough. 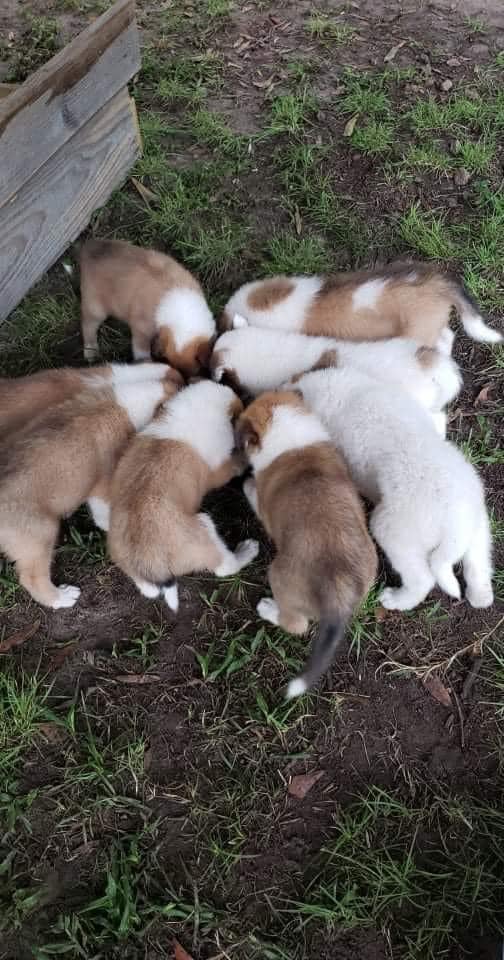 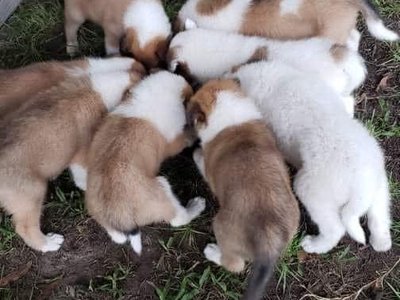 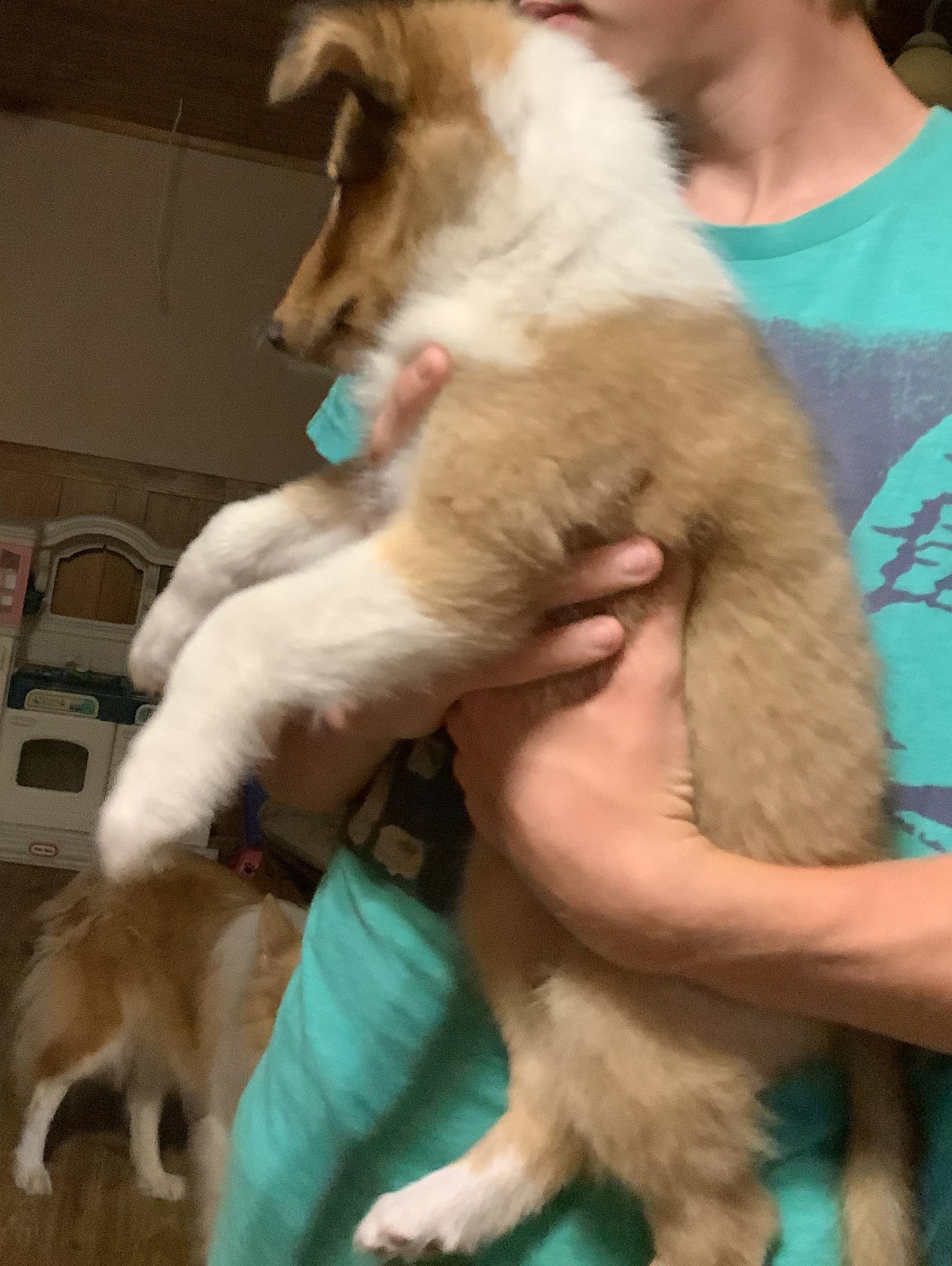 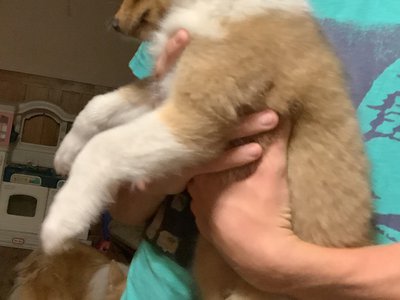 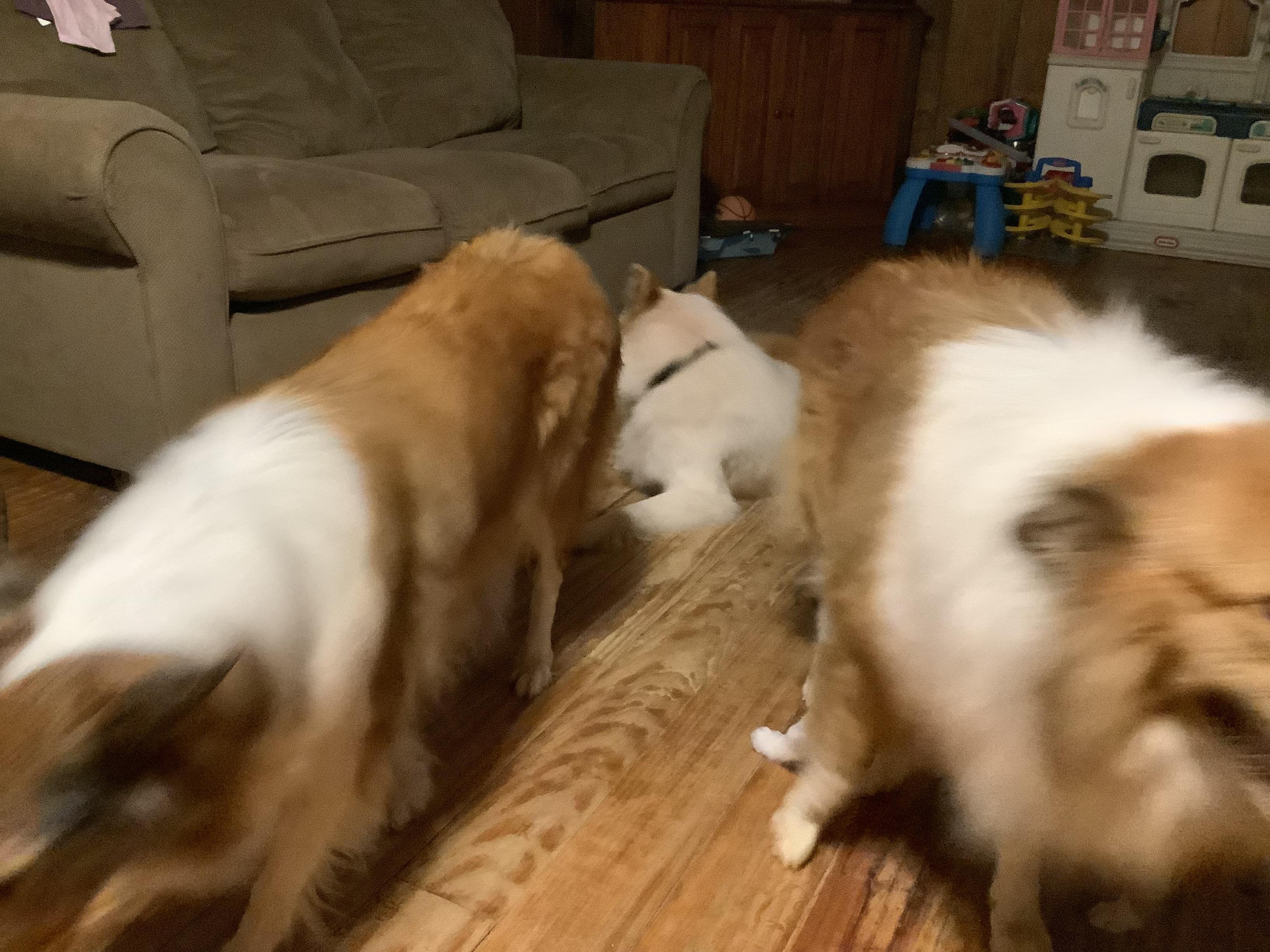 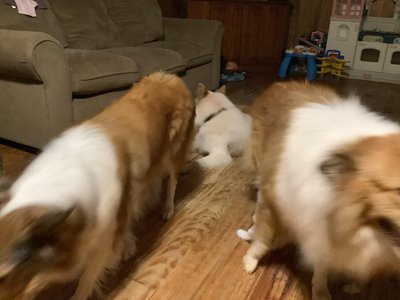 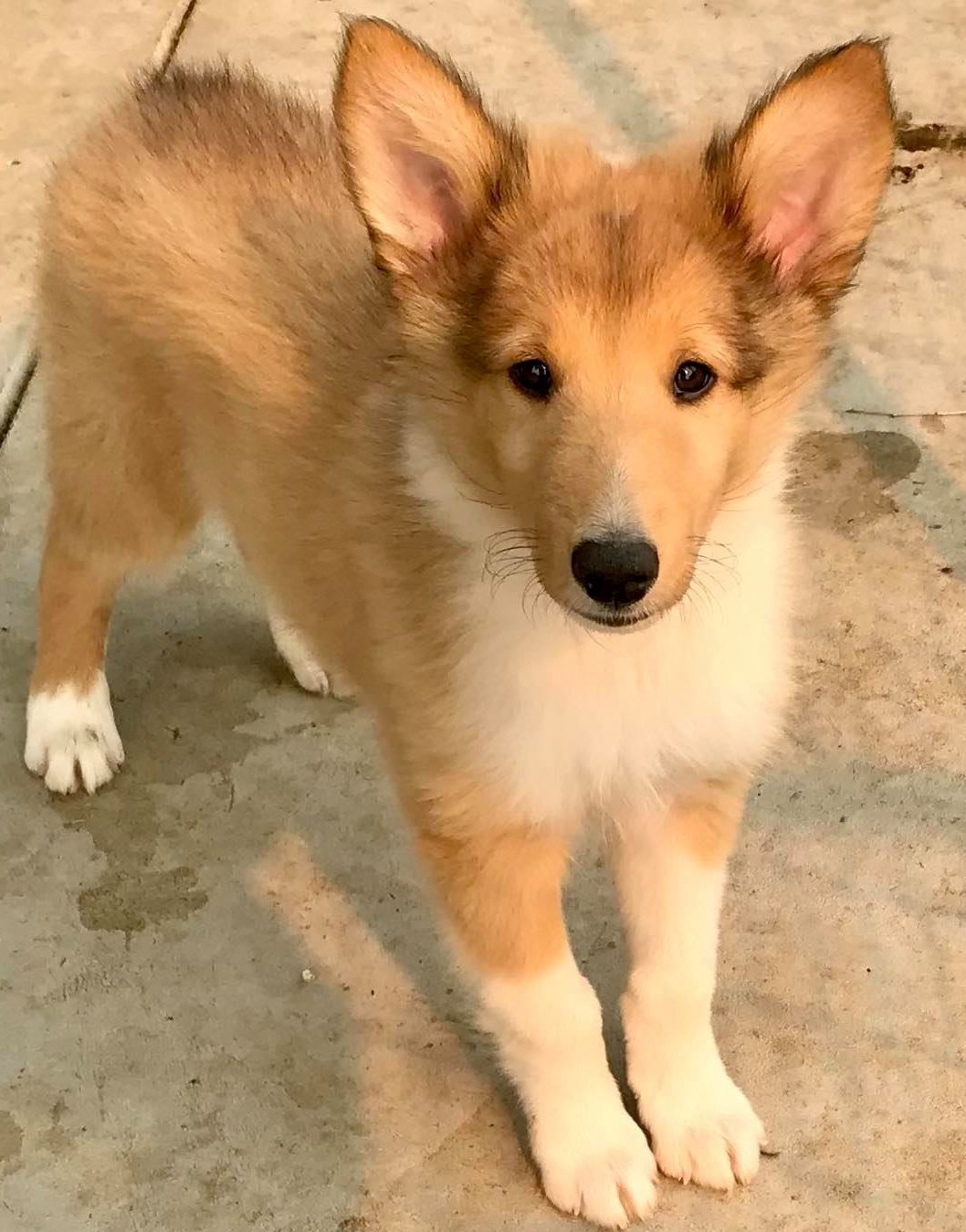 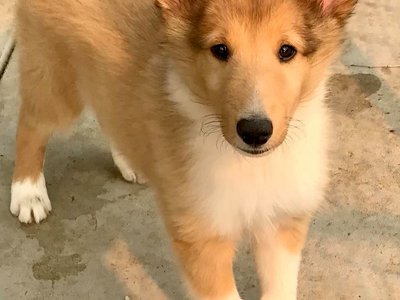 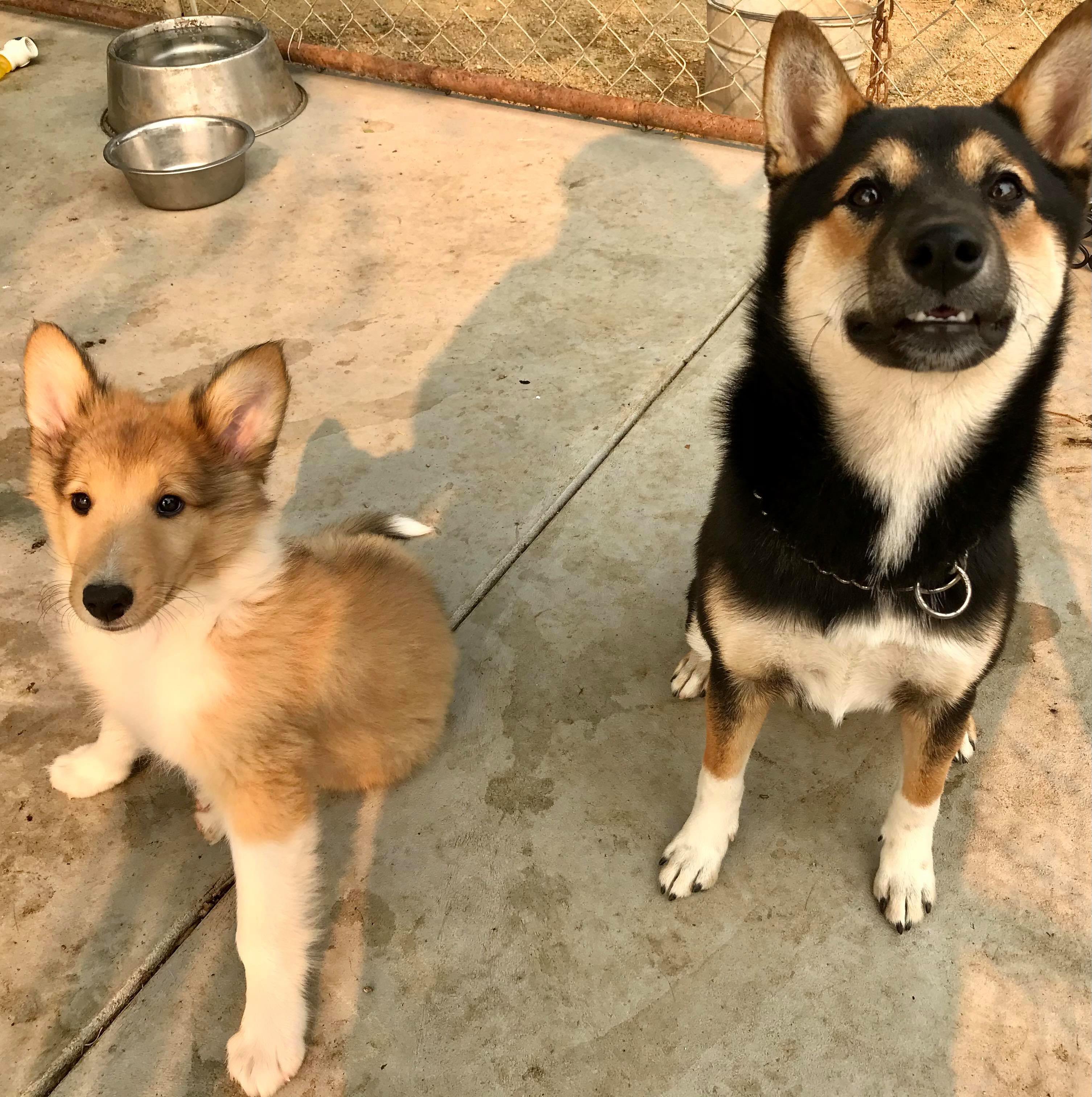 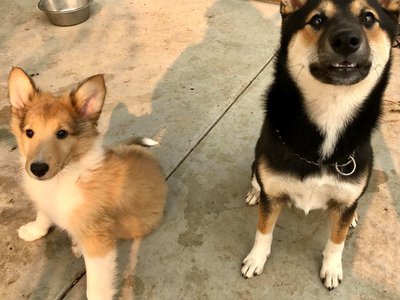 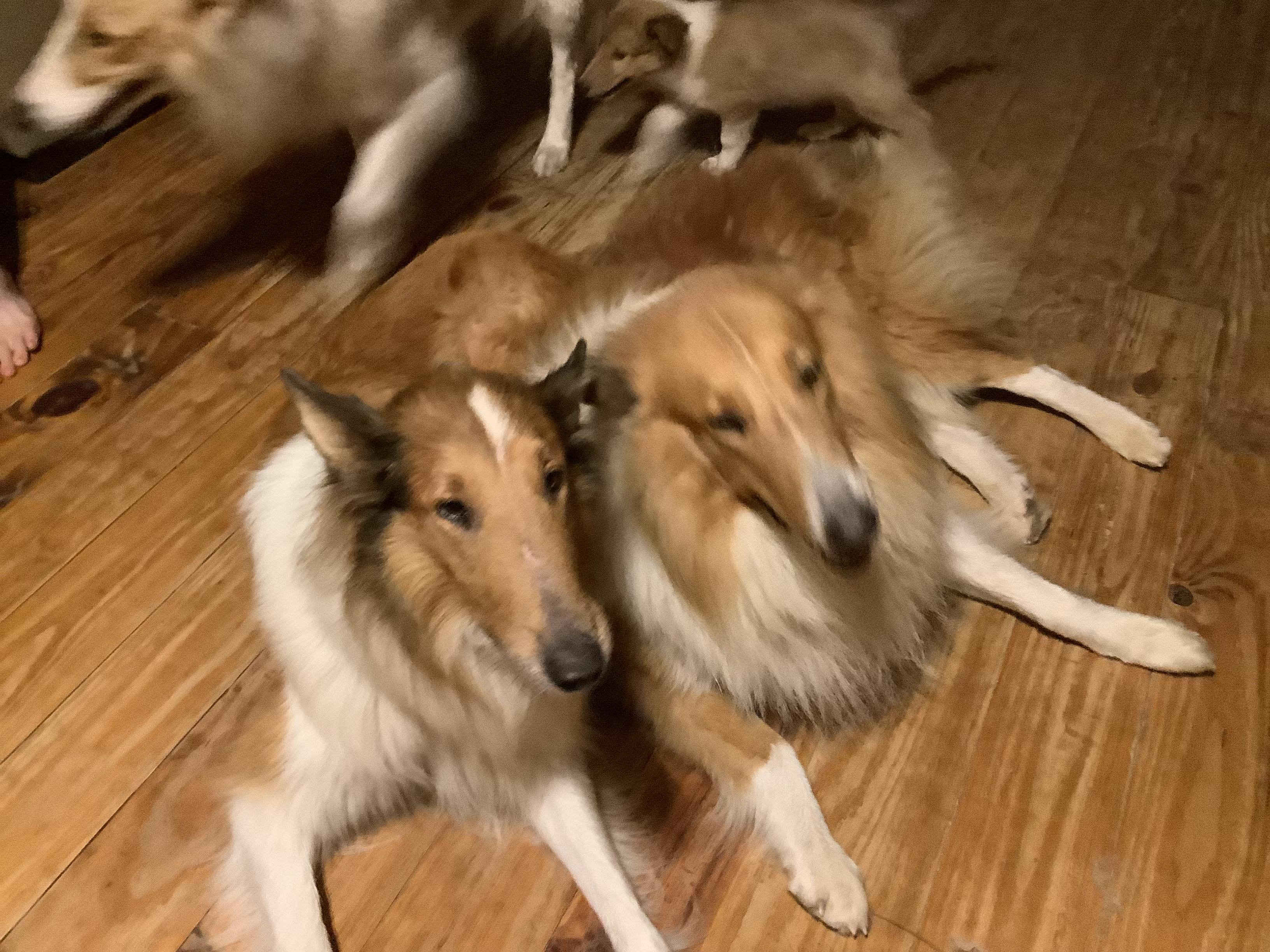 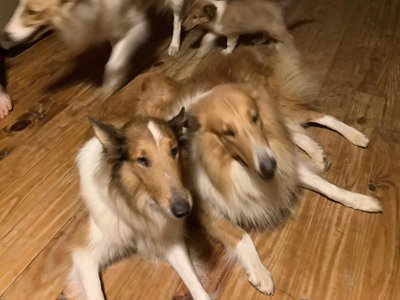 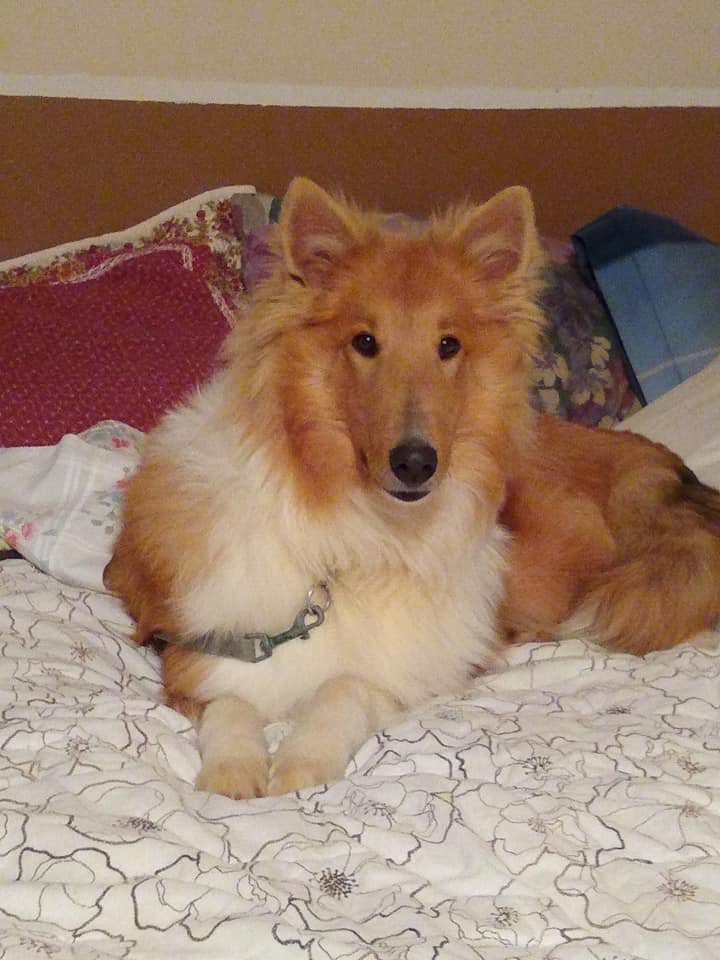 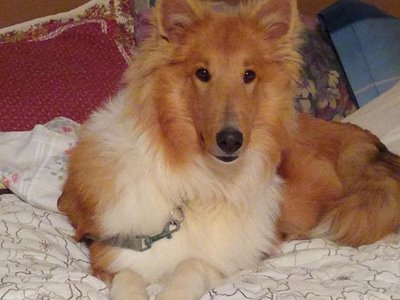 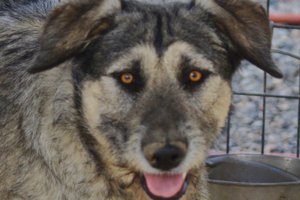 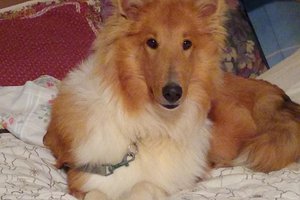 About the Litter (F1 Fox Project)