So far I have bought a Shiba Inu; Scotch Collie and Welsh corgi in anticipation for my work on this Vulpes Fox Project. The first year in raising them is getting to know them and what my customers might like about these dogs. What will we need to 'dismiss' in the pups when they come along (selective breeding).

I do have access to some great genes in some of the American Alsatians such as : Non barking, No prey drive and low energy levels so i shall be interbreeding that into these guys and choosing only the best of the pups to breed back with to hone in on the stuff we want to keep in this new 'companion dog'. 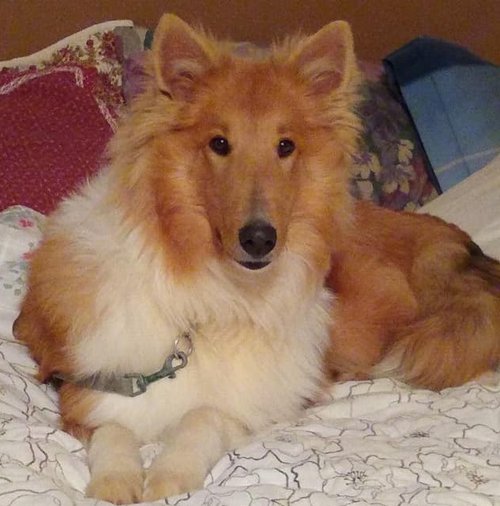 Laddy Boy (Scotch Collie) is spending his days with Elsie (L.C.) in hopes that he will be able to breed when he is old enough. Laddy boy is a soft dog with soft emotions and aware of everything around him. He 'pays attention' to every sound, smell and movement. He is very aware. Since he is raised here on the farm with 20 Dire Wolves that do not bark but do howl, he has adapted to such himself. Though he does bark more than any of my other dogs besides BooBoo. BTW, he and BooBoo are the best of pals. He likes to keep his mind busy on what BooBoo is doing. Laddy Boy does like to romp much more than the dire wolves and has the endurance to go for some time, but i do not allow it. Excited energy is allowed for Laddy boy for about 25 mins when he and BooBoo get together. BooBoo is more needy of socialization than Laddy.

BooBoo (Shiba Inu) Is waiting around for now. He is about 20 lbs and loves food way too much. He is a solid built dog and is a bit too independent for my liking. He is dedicated and obedient to me. He thinks he is suppose to be able to do as he pleases and when that happens he gets in a lot of trouble. He doesnt like to get in trouble but sometimes he can not help himself. He is a 'stud' dog and has that stud dog mentality. 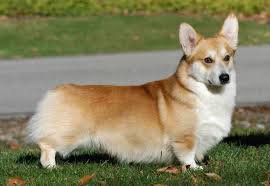 Miss Corgi has not arrived yet as she has just been born. She is planned to be bred with both Laddy and BooBoo when she comes of age and is ready. My plans are to breed her with both sires in her first pregnancy, if she allows it, and of course when she allows it. Why? Because the fox needs length, a long long body. Short legs are only recessive and will not carry forward into her pups.