I started breeding, training and showing Cocker Spaniels when I was 22 years old back in Oxnard California. I had been breeding Birds before this and mice and guinea pigs before that. 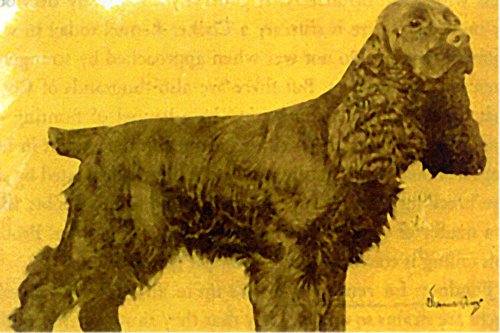 I was checking out the news paper adds and found a male Cocker Spaniel from a Back Yard Breeder in Port Hueneme. I went over to see the litter and came home with ''Pepper". This was back in 1976. I read up on the breed and bought what I felt was a good replica of what an Am. Cocker Spaniel was (according to the breed standards). He fit the breed standards. He was a square dog with a flat head and proper coat so he did not need much grooming. He had prey drive and he pointed and flushed, ran after balls and brought them back to me. He was a very 'happy' dog. Before he was 6 months old, I had bought a female puppy that I felt he would do well with when they bred, giving me some nice show quality pups. I named her Tosha. She was never as nice as my boy Pepper but they did throw me some wonderful pups and this began my dog breeding career. 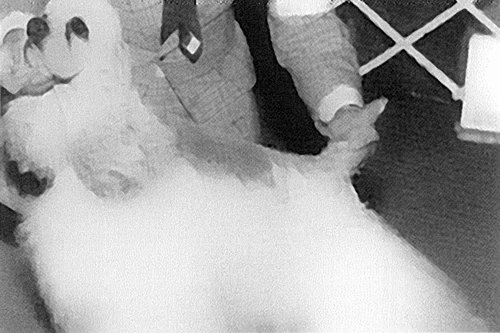 When you breed show dogs and coated dogs you have to learn all about grooming and caring for them. Because my dogs were the correct coat type, and the Standards calls for only slight scissoring, that is what I did. I never had to shave my cockers. 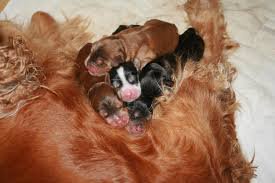 By the time I got to Stratford, California and started my own Bozeman's Barnyard Kennels, I was hooked on the American Cocker Spaniel. I kept some of the pups and I bought more dogs. I took my time and researched and found dogs that would work in my kennels. It was very hard choosing pups because during these years, the change had come to the Am Cocker Spaniel in the show ring with the judges and fans. I was hoping the cotton coated Cockers were just a fad, but they were not. Many of the pups I was buying were med coated and needed a bit more than the scissoring and when I bred to a famous Show Champion, the correct Am Cocker Spaniel was gone.

I bought all the grooming products and started clipping my cockers. The way my brain works, if I was going to bath and groom mine, I might as well charge owners of Cockers and do theirs also.

I had bought all the books on the subject of 'grooming dogs'. The most highly groomed dogs were poodles but the Am Cocker was on its way to beat them on to the grooming tables! This is when I went into a grooming shop and applied to be a dog groomer. I lasted 3 days when I was handed a poodle to groom! Very different coats, all curled up and picked out and HAND SCISSORED for the most part. I cut into the coat a bit and the dog had to be cut down pretty short, about 1/2 inch. I was fired.

I learned an awful lot in those three days in a real grooming shop. I learned that they couldn't do Cocker Spaniels like I could, lol. But I also learned that I needed to practice on the Poodles and I learn from my mistakes, so........... I started under cutting all grooming shops and grooming poodles for 10.00 under their prices! I groomed them in my garage or the backyard and the business kept coming.

At this time in my life I learned about child abuse and where the line was drawn. My boyfriend was a child abuser and I had never know such a person. I was young and knew about discipline but how much is too much? I was learning and it was the worst days of my entire life. Even being raped did not hold a candle to all that I endured under the POWER of a wife beater and child molester. How did I get here?

I am going to skip over this part and come to the part where I had to leave.

I packed up everything I could in a station wagon, gave my children to loved ones and drove back to Oxnard California. I had to sell all my dogs and most of my stuff and I took a complete loss on everything but my kids were safe and I was out of that relationship. I lived in the station wagon for a short while. My girlfriends father owned a bunch of duplexes and apartments so I was given a roof over my head. I took a job at a security company and bought another dog. This time a Samoyed. I was out of the Am. Cocker Spaniel for good.

I met Gary Kingsley on my way home from guard dog delivery and I was driving a special truck with yellow lights on top so that folks would stay away as I dropped of the guard dogs 2 by 2 into their overnight shifts at car lots and businesses. I was wearing long black rubber boots and levi's with a dog collar belt and a whistle and lanyard around my neck when I walked into the Sea Rounder in Port Hueneme to shoot a couple games of pool. Three men in the place and the two of them had a bet on who would be taking me home. Ha. They didnt know me well.

Gary let me in on the bet as he had overheard them. They put their quarters down and I ran the table on them. Gary was impressed and the other two were disappointed and left so it was just me and Gary and he played me like a fiddle on the pool table, allowing me to fight for every point I got. I was impressed. I asked if he had a truck and the next weekend we headed down to Stratford to get the rest of my stuff from the creep I use to live with.

When we got there, Larry Bozeman and his room mate were working at the navy base in lemoore and he had put up a great big gate with a lock on it blocking the driveway. His room mate had a couple of dobermans, haha... So, I walked up to the gate and said Hi to the dogs, got back into my station wagon bomb of a car and drove it into the gate and broke the chain. Drove on to the property and got out of the car. The female Doberman would have attacked but the younger male doberman was too friendly and I bent down like an old friend and petted the pup. This softened the momma dog up and everything was fine.

We got all my stuff out and packed in the wagon and pick-up truck and then left for home. I stopped in town and called the sheriff and told him he would be getting a call of a robbery and I told him I was the girlfriend that came and got her stuff.

Gary and I drove down to Los Vegas and got married before he left off for Guam.

When Gary was gone, I got a house on the navy base and started doggy classes. I expanded my classes to the Port Hueneme Naval Base, Point Mugu Navy base and then the Colleges. I planned out all my dog training classes and made booklets to go with the students for homework. After 6 wks, they graduated with ribbons! I got my name in the papers and my training classes were growing. I got into the community schools and parks and when Gary came home, we purchased our first grooming shop with dog classes in the parking lot every saturday. 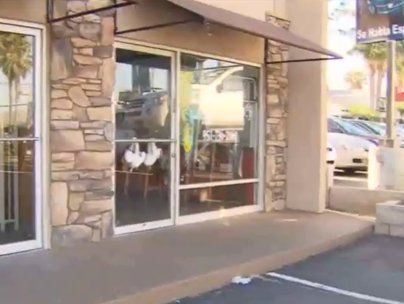 When Gary got out of the navy after 20 years, we decided to save up our money and lived in the back of the grooming shop next to the mexican bar so we were lulled to sleep on the jukebox. That was the first grooming shop we owned and we called it the K-9 Emporium. In the first month I made 600.00 and from then on, it went up and up from there. Rent was 800.00 a month back then on a 5 year lease! After the lease ran out, the owners decided to up my rent and I was upset. I only agreed to a year lease now and changed the name of the shop to the One Stop Grooming Shop.

When that lease was up, we moved up town into the good neighborhood at 1500.00 per month, in the Freemont square shopping center. ''Kingsleys Grooming Plus'' was a bullet towards a hundred thousand dollars a year! We did very well there until................. Petco came to town with its mafia bosses and they swept over the city with $ and people to degrade anyone in their way. Groomers started quitting their jobs and got hired at PETCO where they got better pay and it was more of a job like atmosphere. Picketers were at my doorstep and at my home, filming me, bugging me and my home life was a wreck. I was a wreck. Working 19 hours a day, never a vacation and living up in the mountains with a 2 hour drive home. Something had to give.

My customers were all leaving me and Petco was raking in the bucks. I had to close my doors after I had just bought a home in town because I was tired of no bathtub and no electricity at the ranch. I was in big trouble. I did everything I could to stay afloat until I could no longer. I broke down!

I had to go to bankruptcy court and I didnt have the money to pay the lawyer. I sold as much as I could and got robbed from some of my stuff at night. I put everything in storage that I could jam in there and bought a truck and camper. I hide away from everyone. I had no address and no phone. I was safe and I was down. I thought I could pull myself up so I bought a corner shop and tried to work up my grooming clients. That didn't go so great. The landlords had sold me some cheap badly in need of service beat up old shop in which the drain pipes and the place flooded a couple of times, so I started grooming out of my truck for a while until i couldn't do that any longer. I was homeless for over 2 years and went to counseling, got on depression drugs and got better without the world on my shoulders.

So that was the end of my Grooming business. Over 13 years of driving myself with training, grooming and giving night classes on how to groom dogs etc. Do I still groom? haha, NO.. I write books on how to groom, lol