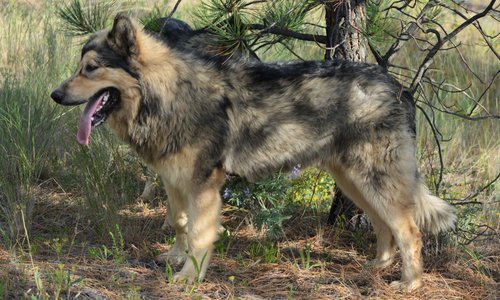 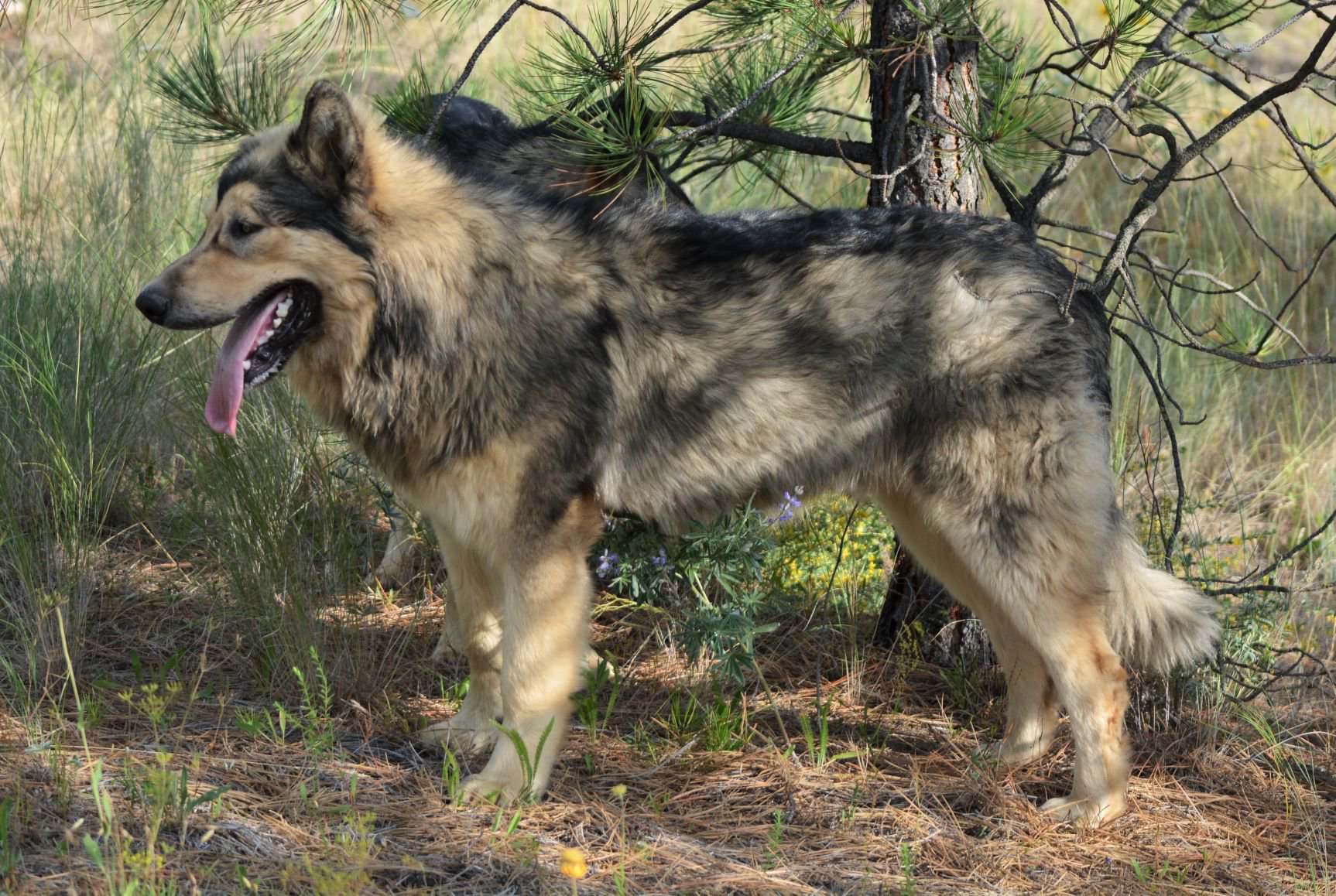 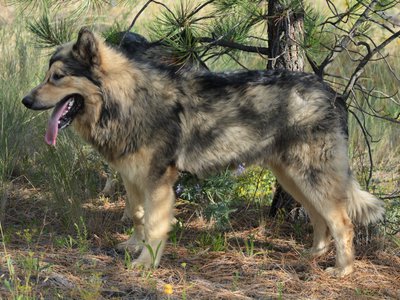 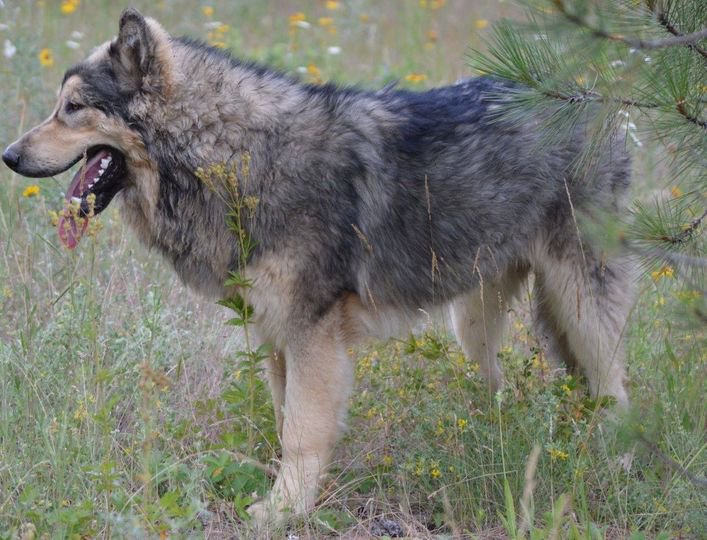 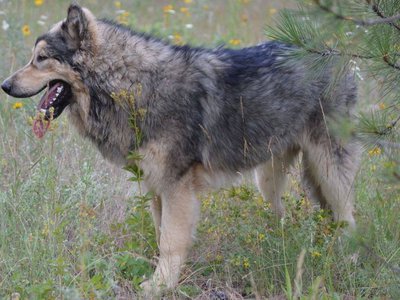 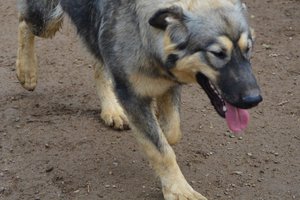 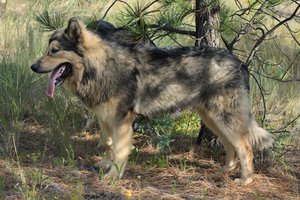 About the Litter (American Alsatian DireWolf)

12-8-2021 Neera is a lovely mother of 4 beautiful boys. Updated pictures will come as soon as they are settled, warm and eating well and as mom gets acclimated.

12-18-2021 Neera's puppies are quiet (okay, one has quite a bit to say sometimes), slow thinkers and are doing their best to eat, sleep and grow. Not much action in these guys right now, just enjoying the warmth and being spoiled by mom.

12-28-2021 The puppies have had their first "taste" of real food today! Typically, when you show puppies food their first time, many if not almost all of them, will have to be "shown" where the food is. We will put their lips into the food, they will smell and taste it and most will immediately start eating quickly. Marvel wanted nothing to do with it and almost seemed offended that I would offer him something other than mom! LOL, too cute. He learned very quickly though, that the food was quite good and he ate for a short time.
Peter Parker heard/smelled and saw something going on near him (unbeknownst to him at the time, Stan Lee was eating like he hadn't eaten in years!) and had to check it out! He initially ate his brothers head... but when I showed him where the food was, he was quite happy to join him.
Marvel finished eating first and went to find mom quietly, Parker followed about 3 minutes later and Stan Lee was still there 7 minutes in! Let's just say, I think more was on his face than in his mouth!

Pictures, weights and testing scores will be posted tomorrow! 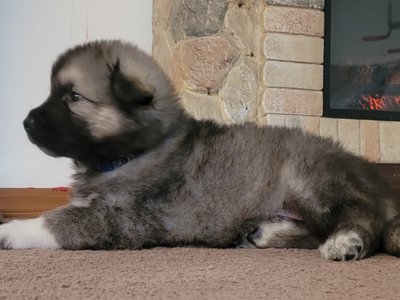 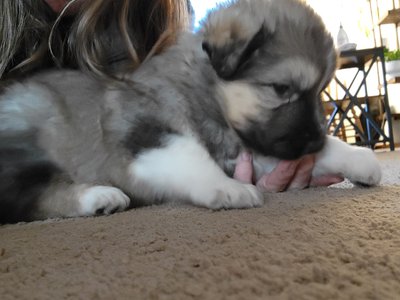 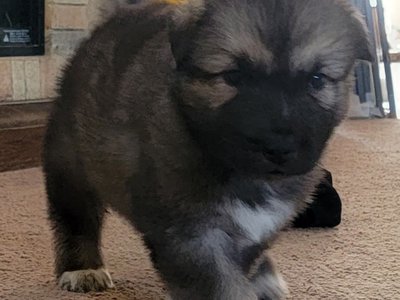 About the Litter (F3 American Alsatian) 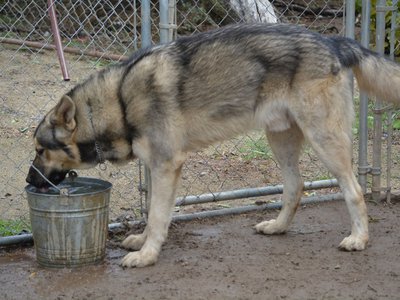